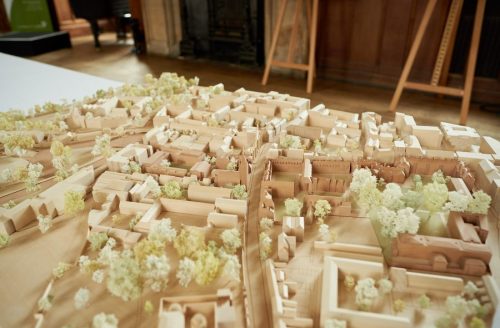 The College was particularly impressed by Haworth Tompkins’s ability to capture the key characteristics of Pembroke in the plans they submitted for consideration. This model represents our aspirations for the architectural development on the Mill Lane site. The process of gaining detailed planning permission is in progress.

Haworth Tompkins were founded in 1991 by architects Graham Haworth and Steve Tompkins.  Based in London, they have designed buildings across the UK, including the Hayward Gallery in London, the Young Vic in Bristol, the Everyman Theatre, Liverpool and have won over 150 design awards.  One of their current projects is a commission to design a new Performing Arts Centre for the Perse School.