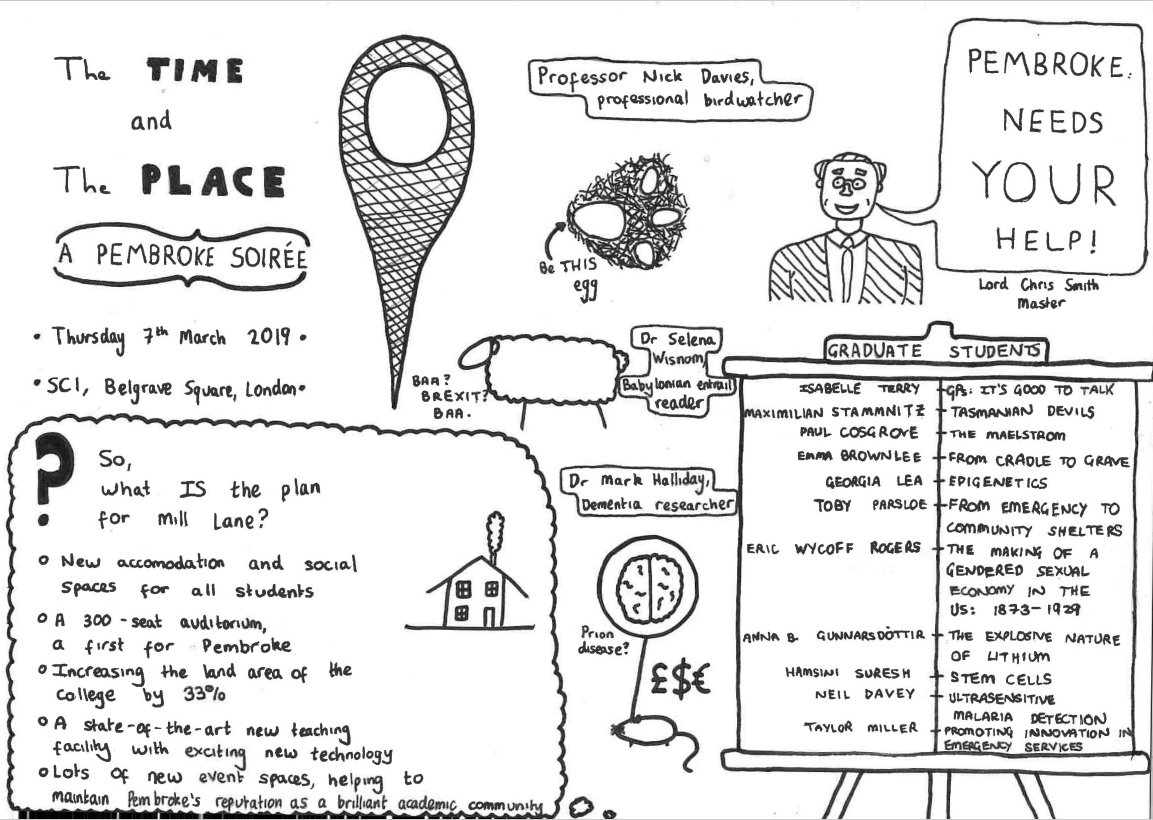 The fifth Pembroke Soirée took place at SCI Belgrave Square on 7 March 2019. We were joined by 120 alumni, who were treated to talks from Pembroke Fellows and affiliated lecturers, as well as an exhibition showcasing the research of our postgraduate students.

We heard from our Professor of Behavioural Ecology, Nick Davies, who explained how cuckoos trick reed warblers into raising cuckoo chicks as their own. Next up was Dr Selena Wisnom, a Visiting Scholar from our Oxford sister-college, Queen’s, who described how Ancient Babylonians studied the entrails of sheep in order to predict the future. Dr Wisnom has applied these divination rituals to modern political questions, including Brexit, and talked us through her findings – much to the amusement of the audience! Finally, Dr Mark Halliday, our new Research Fellow, discussed a new approach to treating Alzheimer ’s disease using the licensed drug Trazadone.

Throughout the evening, a model of the proposed Mill Lane development was on display for everyone to have a look at. The Master gave an update on The Time and The Place Campaign, and shared the fantastic news that the Dolby family has pledged to match every £1 donated with another £1 until 2023.

The key themes of the evening were captured in the Sketchnote (above) by Jamie Morley, a first-year undergraduate studying Natural Sciences.

Huge thanks to Campaign Board members Peter Golob (1976) and Michael Keeley (1987) for hosting us.